Some favorite records from tENTATIVELY, a cONVENIENCE's collection

tENTATIVELY, a cONVENIENCE has been pursuing creative music and sound art for most of his life, self-releasing recordings on his Widemouth Tapes label since 1979. He is an accomplished pianist, composer, instrument builder, and polymath. Pittsburghers may have caught his frenzied sound-games with HiTEC (Histrionic Thought Experiment Cooperative), his colorful work with Syrinx Ensemble (with Michael Pestel, Ben Opie and Anthony Braxton), or his recent Church of the Subgenius devival performance. He is also an obsessive listener and collector of musical recordings, maintaining a running list of all 2,313 LPs that have been a part of his collection since 1967.

Since Crucible Sound #4 is more or less a celebration of tENT's monthly mm ("music meeting") record-listening events (as well as a release party for his "MM 26" compilation), I thought it would be interesting to have him list some of his favorite recordings of improvised music. Of course, being the d-composer that he is, he decided to...decompose the assignment a bit.


Anthony asked me for a list of "5-10 of your all-time favorite recordings of (fully or partially) improvised music" but given that I've listened to thousands of recordings of many different types of music I've decided to just list 10 of my favorite records acquired from 1968 to 1974 in order to dramatically narrow down the field.  Even this list is highly suspect - there's just too much left off it.
—tENTATIVELY, a cONVENIENCE 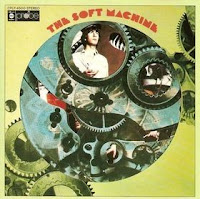 
1st heard this on the radio, shockingly enuf, when I was 15.  Still love it to this day & often listen to Soft Machine when I'm driving long distance even tho I rarely listen to them otherwise.  Wyatt's drumming was amazingly subtle & precise.  Always loved Ratledge's keyboard phrasing & was reassured about my own horrible left-hand technique when I saw him live & realized his was even worse than mine.  Think this is even more important than Miles Davis' much touted "electric period". 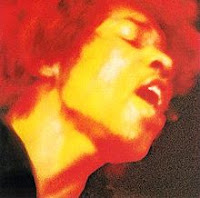 
What can I say?  This is one instance where I'm happy to agree w/ a large group of people.  This is rock music mixed w/ musique concrete at its best. 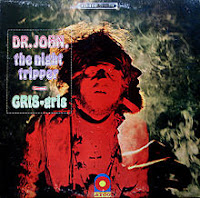 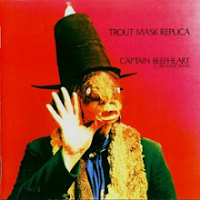 
Not surprisingly, I 'grew up on' rock music but always sought out the most original material.  Even tho this is steeped in blues influences & uses mostly conventional rock instrumentation it's rhythmically & timbrally exceptionally rich (as is the Dr. John).  Not to mention the lyrics. 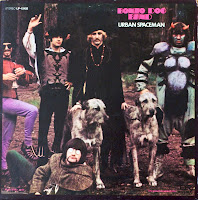 
I generally find 'art school bands' to be musically shallow but Bonzo Dog Band took it to a level that I don't think anyone has ever even come close to since.  The music's great, the instrument inventing was great, the songs were great, the humor was great, it's all great.  "My Pink Half of the Drainpipe" & "11 Moustachioed Daughters" rank w/ Hendrix's "If 6 were 9" as all- time freak-flag burners.

“Uncle Meat” - The Mothers of Invention


Frank Zappa must've been thinking 48 hrs a day when he made this one.  This version of the Mothers of Invention was always my favorite - despite Zappa's complaining that in the early days of it he had to do most of the work.  Hearing The Grandmothers live 30 yrs or so later w/ Jimmy Carl Black, Don Preston, & Bunk Gardner was the best rock show I've ever witnessed - & it was in one of Pittsburgh's shittiest rock bars w/ one extremely drunk guy screaming so loud most of the time it was hard to ignore him. 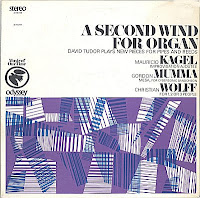 
Mauricio Kagel & Christian Wolff being 2 of my favorite composers w/ Gordon Mumma being always pretty interesting too & then having my favorite avant garde keyboardist performing their work on instruments he's not usually associated w/ and THEN having the work itself be so totally fresh & new made this a mind-boggling experience for me.  The almost total lack of conventional musical 'qualities' (read LIMITATIONS) has never ceased to inspire me. 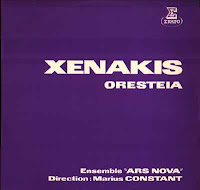 
Possibly my favorite Xenakis piece.  Xenakis never did anything by halves & this piece seems to've been an outgrowth of his deep research into ancient music.  Whatever the case, it's sense of profundity convinces me - even tho I'm not even particularly interested in ancient Greek myth.  The Lion's Roar particularly impressed me. 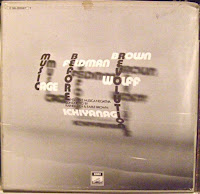 
Possibly my favorite collection of recordings of all time.  5 of my favorite composers, all incredibly strong original work.  I will NEVER get tired of this.  NO MUSIC HAS EVER RESONATED W/ ME SO DEEPLY.  Maybe that explains why I seem to be so incomprehensible to most people, eh?! 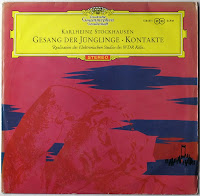 
One of the 1st 'pure' electronic music records I ever heard.  Stockhausen, like most or all of the above, put an extraordinary amt of meticulous work into this.  It shows.  For me, most great music (or great whatever) has so much of its creator poured into it that no-one can really imitate it successfully.  Thank the holy ceiling light he was so prolific.
Posted by anthony at 1:03 PM