Guitarist Han-earl Park has been focused on collective improvisation for over 15 years. He's collaborated with some of the planet's most accomplished improvisers, including Evan Parker, Wadada Leo Smith, Paul Dunmall, Gino Robair, and more. He currently plays in a number of groups, including Eris 136199 with Nick Didkovsky and Catherine Sikora, Mathilde 253 with Charles Hayward and Ian Smith, and Numbers with Richard Barrett. I'm thrilled to have him as the first out-of-town participant in Crucible Sound, just months before he relocates to Europe in 2014. Don't miss this chance to hear his thoughtful and virtuosic guitar work at Crucible Sound #7, this Thursday November 7th at Modernformations.

You describe your work as "fuzzily idiomatic, on occasion experimental, always traditional, open improvised musics." In choosing those terms, are you outlining an ethos that guides you, or are you attempting to accurately map where your intuition has taken you?

It’s a kind of artspeak marketing line, or a miniature manifesto of sorts. You can take that statement as seriously, or not, as you want.

That said, I used those specific terms to express certain notions of borders and identity, trying to avoid being boxed into one corner or another (say, ‘experimental music’). Idiom, tradition, identity, history (personal or collective) are things that I value. I tend not to subscribe to the vanilla notion of a pure, non-idiomatic state. I value the meeting: I want to know who you are, who I am, and that fascinating stuff is when those things collide—what we have in common, and what separates us. Border crossings are always fascinating; full of contradictions and (potential) misunderstandings.

So, maybe a little bit of an ethos—maybe more ideology—probably not much intuition involved (but I’m willing to be convinced otherwise).

I want to dig into this idea of how musicians relate to each other. Meetings and border crossings make me think of brief encounters, limited investment, not long-arc relationships. Is that what free improvisers are left with: connecting only in that moment? Is that initial collision potentially more interesting to hear than when musicians get to know each other intimately (and calculate accordingly)?

I think I may be thinking of different borders, or maybe I’m finding them in different places. Borders do shift, after all, as does the crossing protocol.

For example, one of the most durable relationships I have is with the guitar (actually, it’s with one particular guitar). And a big part, if not all, of what I do as a guitarist, is responding to the instabilities in boundaries. The meeting point between the artifact, the body, traditions, idiomatic considerations, etcetera, etcetera. Those boundaries are never solid (you might call them ‘fuzzy’), timeless or stable.

Charles Hayward once talked about, what he called, the ‘jet set improviser.’ You know the one, the one who flies into town, does a gig, flies to the next town (what I’m doing in November, in fact). But there are alternatives.

I do value the band, of long-term collaborations. It allows for greater complexity of interaction, greater speeds of decision making, more oblique, unexpected, choices. We, Eris 136199, coined a new term—‘weirderation’—after our last performance, to denote something — a set of relationships, decision making process—getting just that little bit weirder with each iteration.

On the other hand, spaces such as Crucible Sound have their own value. I’m not sure ‘brief encounters’ necessarily equates to ‘limited investment’ in those relationships.

Fair enough. You've had brief or periodic collaborations with some real heavy hitters: Matana Roberts, Evan Parker, Pauline Oliveros, Lol Coxhill, Wadada Leo Smith, the list goes on. Can you share one thing you've learned from each of those encounters?

Wadada was one of my teachers, and it’s difficult to describe exactly how much, and in what way, my musical DNA has been shaped by our interactions—in the classroom, on stage and off. I don’t doubt that our practices are very different, but every so often I encounter situations where my choices seem very strongly to be influenced by Wadada; when I started to teach, for example, my classroom methodology was informed by Wadada’s, my sense of the rhythm section—particularly what I look for in drummers—is shaped by Wadada’s.

The first time I performed with Evan, and the time I performed with Pauline, was in a large ensemble context. In both cases, I came away with, among other things, an appreciation of, for lack of better expression, power dynamics, real-time networks of influence. How individuals might shape the direction of the collective.

Matana Roberts, I’ve only played once with, but… She may be the most compelling composer of her generation. I don’t usually use words like ‘genius,’ but I’d be tempted to make an exception in the case of her work.

Hard to summarize the late, great Lol Coxhill, except maybe with a little story: last time we performed together, after the performance he turns to me, chuckles, “I’ve never played anything like that before.” “Lol, you say that everytime!”

But really, of the people I’ve performed with who’ve shaped how I play, how I approach improvisation and interactive musics, I think Paul Dunmall, but mostly drummers. Drummers are who I’ve been learning from the most in recent years.


You taught improvisation at University College Cork, Ireland from 2006–2011. How was your course structured? What concepts did students excel at, and which ones did they struggle with? Any memorable a-ha moments?

I taught a few courses at UCC from an introductory course on group improvisation, to classes for those who’d been taking improvised music seriously for some years. In terms of structure of the class, in the early days, I tended to enforce a stronger scaffolding—time tables and the like—but as the years went by, the structuring of the pedagogical space became more and more about a dialog with, and among, the students. So there’s this constant negotiation, this constant conversation, about the goals, and the processes, of the class. Not that there’s no power dynamic or inequality (I did have to, after all, grade everyone), but teaching improvisation has much more to do with creating a context in which students can learn—in a big way teach themselves.

On the other hand, possibly my biggest role, as someone with a little more experience, was to introduce and expose students to the music and its practice out there; help students reverse engineer tactics, and systematically critique and assess the viability of their models.

We struggled, I think, with everything, and I like to think that, ultimately, many of the students excelled as a result of those struggles. The concepts that cause the strongest discussions were to do with notions such as leadership (the problematics of, or the possible lack of), and the possibility of musical misunderstandings (that there might never be a ‘correct’ form of interaction, and that actions and reactions might be oblique to the extent that they may be unknowable).

As for eureka moments, too many to mention—teaching is, in fact, like going back to school—but here’s one: figuring out that being able to do your own schtick—to keep on track—while listening intently to the rest of the ensemble, if you can do that—listen while resisting the urge to ‘cohere’ or ‘respond’—you’re halfway there. If you can do that, interaction (overt, oblique or otherwise) becomes a choice rather than an unthinking, automatic reflex. 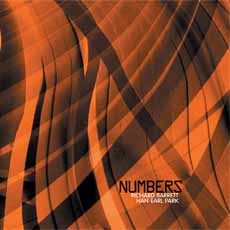 Han-earl Park's latest release is "Numbers" with Richard Barrett (CS 201CD). You can purchase it here.

You can find out more about Han-earl by visiting his site, Buster & Friends.